You are here: Home / The rediscovery of carob beans: a precious ancient fruit

The Carob (Ceratonia siliqua L.) is an evergreen plant, native to the Mediterranean basin, a lover of warm climates, even arid ones, which can reach 7/10 meters in height. To date it is grown in Spain, North Africa and Italy, which is the second producing country after Spain, with a contribution of around 26%.

In our two major islands, in particular in the province of Ragusa, 70% of Italian production is harvested. The area of ​​the Iblei mountains has been defined “carob landscape” by the President of the Italian Association of Landscape Architecture – Sicily Section. 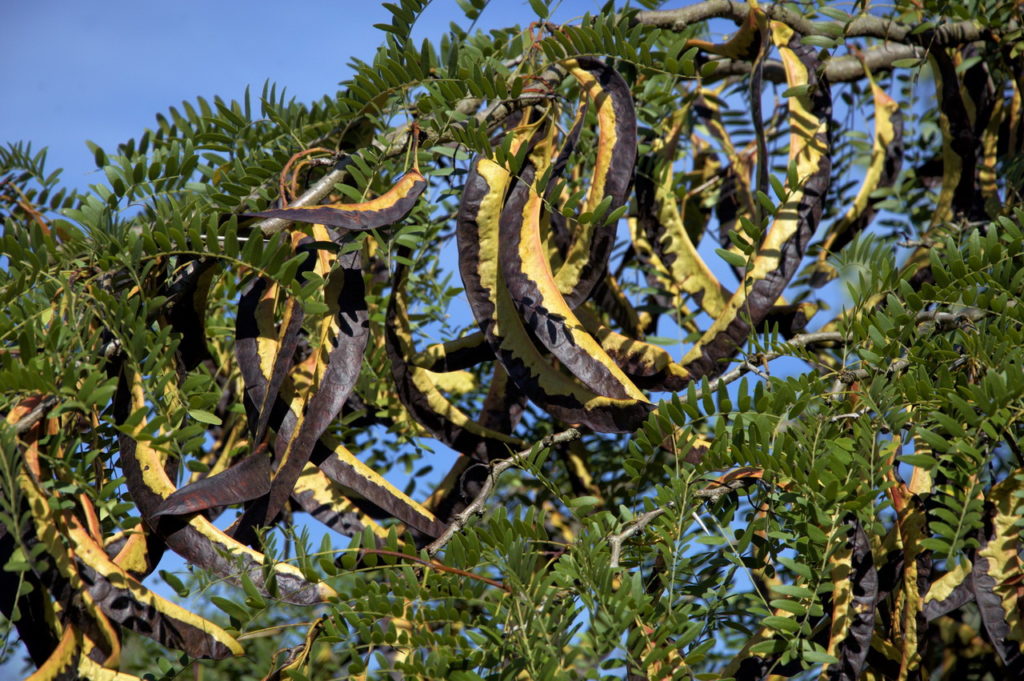 The cultivation of the carob requires time and patience, in fact the tree has slow growth, remains unproductive up to 10 years of age and later the fruits take more than a year to reach maturity, but reaches considerable age: a tree of two centuries it can be defined as “young” and produces up to thirty quintals of pods as well as being a beautiful plant, tall, powerful and luxuriant. The carob tree adapts to various types of soils, preferring permeable, acidic and even rocky ones as long as they are loose-grained.

The fruits are pods 10 to 20 cm long which, when ripe, take on a dark brown color and a leathery rind; the pulp is fibrous and sugary and the seeds are very hard.

It is an ancient fruit, with multiple properties and which, during the Second World War, fed thousands of people especially in Sicily and the army used a product based on carob pulp called “Energon” to feed mules and horses used profitably during war operations. In the following decades, however, the carob was relegated to animal consumption and is only now experiencing a second youth and is slowly returning to our tables.

The ripe pods, without seeds (which are used in other ways which will be mentioned later), are edible, can be kept for a long time and can be eaten fresh or dried. Carob has a sweet and slightly acidic flavor reminiscent of cocoa and dried figs. It is in fact used in case of intolerances towards cocoa also because, unlike the latter, it is free of stimulant substances (caffeine and theobromine).

By grinding the carob beans, a flour is obtained which is an excellent substitute for wheat flour in the kitchen as it has valuable organoleptic properties: it has a low fat content and is instead rich in complex sugars, vitamins C, E and K, as well as vitamins of group B, iron, calcium, phosphorus, magnesium, selenium, zinc and fiber. The consumption of carob flour is recommended for the well-being of the gastrointestinal tract (hyperacidity, reflux, constipation), it is a gluten-free product and being rich in polyphenols it is cholesterol-lowering.

The seeds of this fruit also deserve attention: the seeds of the carob have a surprising uniformity of weight, each weighing a fifth of a gram and for this reason they were used for weighing gold. The word “carat” in fact derives from the Arabic qīrāṭ “carob grain; small weight “(Treccani Vocabulary).

The flour obtained from the seeds is used in the food industry as it is an excellent thickener, emulsifier, stabilizer and natural gelling agent for creams, jams, candies and ice cream; it is commonly indicated in Italy among the additives with the code E410. The “carat” flour is also used in the pharmaceutical-cosmetic industry as it exerts a moisturizing, refreshing and emollient action on dry and delicate skin exposed to wind and sun.

The fruits (without seeds) are also used in zootechnics for feeding livestock as they are among the ingredients in the preparation of feed in different forms: whole, broken, crushed carobs and even flour improve the palatability and aroma of compound feed especially for horses, calves, lambs, rabbits and for fattening pigs. Also possessing a high energy value thanks to their content in reducing sugars with very high digestibility, they are particularly suitable for tired animals or subject to heavy work.

The proportion between sucrose and glucose, which is not found in any other product, favors the assimilation of the proteins available in the other ingredients used in the blends.

Carob is also widely used in food for dogs and pets and pure flour, with an adequate dosage, is an excellent adjuvant in the resolution of cases of acute dysentery and disorders resulting from changes in diet and during the weaning of puppies. 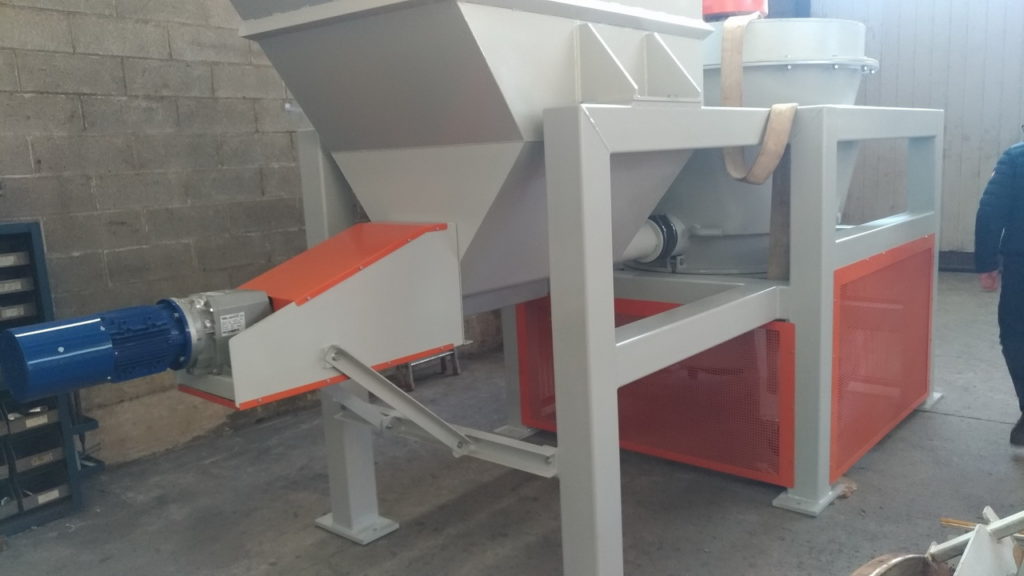 For this purpose, a producer of carob flour from Ragusa requested Pennati Costruzioni Meccaniche to design and supply a plant capable of finely pulverizing the carob beans, previously reduced into pieces from 0 to 20 mm.

The plant consists of a unitary block that includes the product feeding system by means of an auger, a vertical axis pulverizer mill (Type 520-V) and dynamic selector; downstream of the selector there are integral precipitation filter with ATEX certification and exhausting process fan. The hourly production of the plant is 1000 Kg.

All parts of the system that come into contact with the material are made of 304 stainless steel, suitable for processing food-grade products.